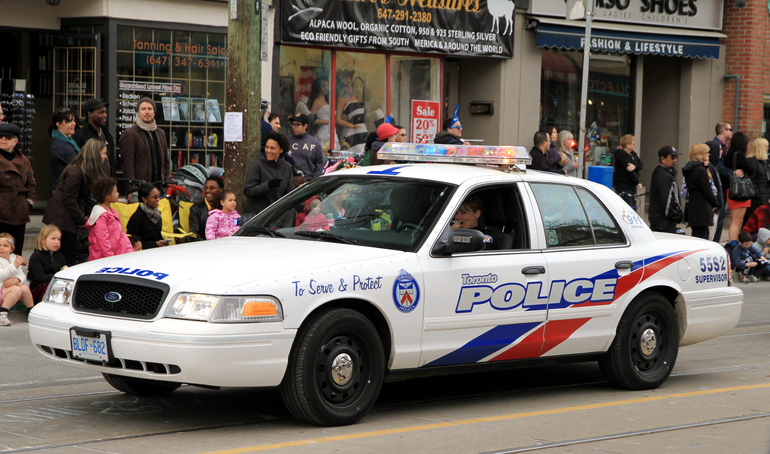 "Toronto, Canada - April 8, 2012: A Toronto Police vehicle driven by a Toronto Police officer and the crowd at the annual Easter parade along Queen Street East"

Police say an Ottawa-area woman is facing charges for allegedly driving 60 km/h under the speed limit on Highway 401 in eastern Ontario.

They say the callers said the car was in the fast lane with its high beams on.

OPP made several attempts to get the driver to pull onto the right shoulder, but eventually had to make a tandem stop with cruisers at the front and rear of the vehicle to move it off the highway.

They say the driver told officers she believed the speed limit was 50 km/h.

A 47-year-old woman is charged with unnecessary slow driving, failing to obey signs and not having an insurance card.